Seon gi-hun is a middle-aged man living in a small house with his mother. Gi-hun is drowning in loans and has a gambling addiction, making their financial condition very poor. At breakfast one day, Gi-hun’s mother hands him some money to get his daughter (GATEONG) a birthday dinner. Gi-hun’s wife is married to a wealthy man so doesn’t get to his daughter often, Gi-hun asks his mother for some money to buy his daughter a gift as well, she says she is broke at first but eventually hands him some more money.

CHECK  MUTANT PYTHON (2021) Review and Where To Watch

After she leaves, Gi-hun goes to withdraw more money with his fellow gambling friend. After lots of trials, Gi-hun wins. Gi-hun while celebrating his win at the gamble notices some men approaching him which he owes while trying to escape, runs into a pick-pocket girl who stripes him of his cash. Gi-hun after the encounter with his debtors goes back to collect the money he tipped the cashier earlier but still doesn’t have enough cash to buy his daughter a gift until a boy offered to help and finally he was able to win a gift for his daughter. When he handed over the gift to his daughter only to find it’s a Gun Lighter.

Gi-hun on his way home at the train station meets a wealthy man who makes him play a game of DDAKJI (a game you flip a card by hitting it with another card and if he wins he will give him 85USD but if he loses the man will continue to slap him). Gi hun loses as the man continues to slap him until he wins the man hands him the money and offers him a card asking him if he chooses to play more games like this he should call the number on the card.

He gets home and his mother tells him about his wife relocating to the US with his daughter and out of desperation he called the number on the card and the asked him to wait down the street.

Gi-hun is abducted and taken to a mysterious location with more than 400 players. They’ve all been dressed alike in green tracksuits as they try to figure out what happened, they quickly discover their phones and personal items have been taken away.

Gi-hun’s childhood friend who is assumed traveled to the US for a business meeting according to his mother is been wanted by the police for dept.

Players Agree to the Rules of Squid Game

A seal enters which will be filled with cash once you agree to play the game.

When the girl doll says red light they have to freeze and can only move when the doll turns around and says green. At first, no one understood the game until the doll starts killing every player who moved on the red light when they noticed they made way to the exit while the doll shot.

Gi-hun is almost killed but is saved by a man named ALI. Alas, he, the old man whose name was ILNAM, the pickpocket girl (SAEBYEOK) the gangster, Deoksu, and ALi.

The dead bodies are burnt and the surviving players are brought back to the room, the number of players has decreased from 456 to 201 meaning that 256 were killed during the last game.

How scary is Squid Game? 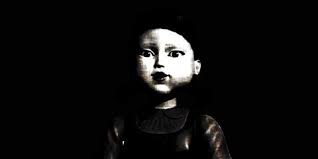 Akin to the Saw franchise, the scariest moments of Squid Game not only involve bloody, gruesome violence — gun violence, physical violence, and even psychological violence — but are scary for viewers who ask themselves, “What would you do in this situation?”.

What is the point of Squid Game? 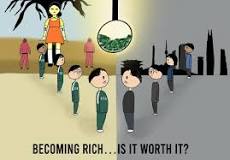 Ali represents the community of migrant workers who wish to earn more money for their families. In an interview with Netflix Korea, model-actress HoYeon Jung explained that “’Squid Game’ is a story about people” and that “each character’s thoughts and human nature are the things that you should focus on.”

What is the robot saying in Squid Game?

The Korean name of the game does not directly translate to “Red Light, Green Light.” Thus, their version of the game is not played by saying those exact words in Korean. The exact Korean phrase is “Mugunghwa kkoci pieot seumnida,” which translates to “the hibiscus flowers bloomed.”

No votes so far! Be the first to rate this post.

All media is the property of their respective copyright owners unless otherwise specified.

Did Mr. Bones Die? See Hidden Facts About The Adventures Of The White African Witch Doctor